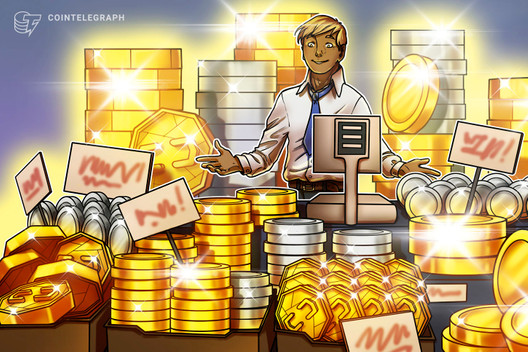 Bithumb Global has announced support for up to 5x leverage trading for BTC/USDT and ETH/USDT citing a surge in customer demand.

While the exchange states that the move is in response to “a surge in demand in crypto services,” Bithumb Global’s introduction of margin comes just weeks after the largest deleverage event in the history of Bitcoin.

Bithumb’s introduction of margin trading comes less than four weeks after the record March 12–13 crash that saw the prices of many cryptocurrencies tumble more than 50% in less than two days.

Data produced by Skew published in a Coinbase blog shows that the crash drove a record deleveraging in Bitcoin markets.

Skew estimates that before the crash, roughly $4 billion worth of open leveraged BTC positions were open on Deribit, CME, FTX, Bitfinex, Huobi, Bakkt, OKEx, Binance, Kraken, Bybit and BitMEX combined in the run-up to the crash. 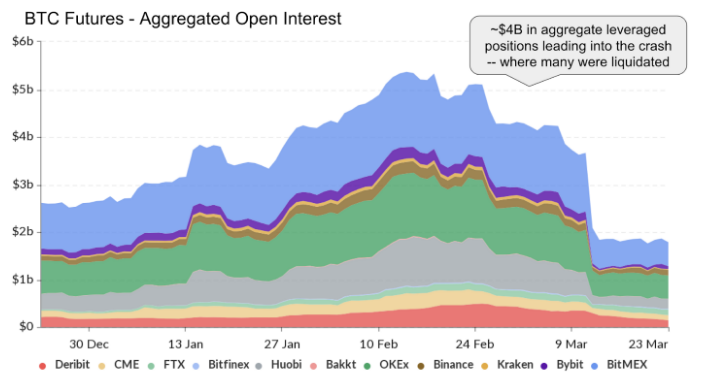 After the crash, open leveraged positions across the 11 exchanges was below $1 billion — comprising a more than 75% drop.

Bithumb Global asserts that despite the “global economic slowdown coupled with the global lock-out driven by the COVID-19 crises” being an imminent threat to global trade, the crypto industry “has seen an upsurge of interest from people across the world.”

The exchange attributes the increasing interest in crypto to a large number of people looking for “alternative digital assets in times of uncertainty.”

While Bithumb supports spot trading for 115 cryptocurrencies and tokens across 168 pairings, margin trading has initially been launched for just two pairings — BTC/USDT and ETH/USDT. The maximum leverage for the pairings is 5x.

The exchange also announced support for cryptocurrency purchased via Visa payments in Indian rupees and the United Arab Emirates dirham.

Bitcoin Could Soon See a $1,300 Loss as It Nears Key Resistance