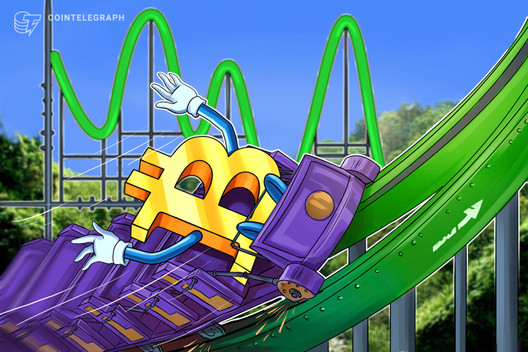 Watch Spencer Bogart from Blockchain Capital and Jacob Canfield from Signal Profits debate whether the halving is priced in and if Bitcoin will top $20,000 in 2020.

In this week’s crypto market update, Spencer Bogart from Blockchain Capital and Jacob Canfield from Signal Profits debate whether Bitcoin will top it’s all time high this year and if the halving is already priced in.

Will all this talk of the halving finally convince host Giovanni Pigni to buy his first Bitcoin?

Bogart explains the thinking behind Blockchain Capital’s predictions that major exchanges will be forced to deslist privacy coins, and that most development will end up concentrated on just one to four major blockchains. “Most of the innovation will happen on the stack of those winning protocols,” he says. “I think we’re already starting to see it.”

Canfield reveals which altcoins he’s investing in and why. He’s bullish on the Bitcoin price but doesn’t believe retail investors are behind the surging price. “I think we will have to break $20,000 before we see that psychological retail FOMO back in the markets,” he says.

Other topics in this episode include which attributes crypto projects need to survive and where the market will go from here.

After Overnight Flash Crash, Here Are 5 Reasons Why Bitcoin Will Rally Again

Renowned technical analyst explains how to buy the Bitcoin dip