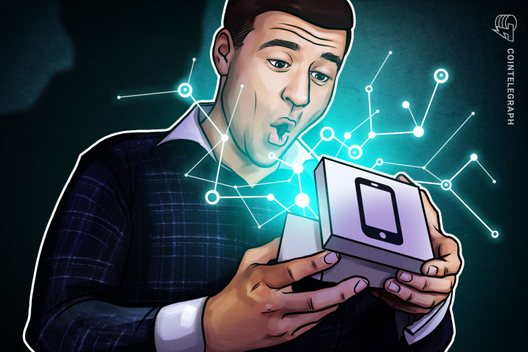 Pundi X claims that BOB is the first smartphone in which every bit of data will be executed on the Function X blockchain ecosystem – the company’s blockchain.

As a consequence, no centralized service providers will be able to access users’ data. Pundi X co-founder and CEO Zac Cheah commented on the development:

“BOB marks a big step forward in our mission of creating a Blockchain Internet, a fully decentralized network where every piece of data shared is under the owner’s control.”

Users will also be able to switch the device between blockchain mode and Android mode. In Android mode, the device operates like a traditional Android-based mobile device.

In blockchain mode, on the other hand, the device runs on the company’s open-source f(x) operative system (OS). This OS allegedly decentralizes all of the device’s processes, giving users control over their data. Cheah promised:

“BOB gives a sneak peek of a world powered entirely by blockchain technology, where everyone has control over their own data and everything is executed with the expectations of immutability and transparency.”

Furthermore, the smartphone also reportedly features a modular design reminiscent of Google’s Project Ara canceled handheld. Such a system allows users to switch and upgrade the physical components of the device.

Pundi X is reportedly launching a crowdfunding campaign on Kickstarter, pricing the phone at $599 with only 5,000 devices planned to be sold in the first batch.

Not the first blockchain smartphone

BOB is not the first attempt at creating a phone meant to allow more user-friendly access to blockchain technology and cryptocurrencies.

Also earlier this week it has been reported that Finney —the world’s purportedly first blockchain-enabled smartphone debuted last year — will soon be available for purchase in Bangladesh.

Lastly, Taiwanese consumer electronics giant HTC has also revealed plans to launch a second-generation model of its blockchain-centric smartphone before the end of 2019. In March the company also announced that it plans to include Bitcoin full node capabilities into a smartphone.