Researchers at major crypto exchange platform Kraken say the Bitcoin (BTC) price could reach $350,000 by 2045. This prediction is based on the expected wealth transfer that will happen over the next two decades giving millennials substantial capital to invest in the top-ranked cryptocurrency.

Kraken’s price prediction comes amid the downward difficulty adjustment for the network with hash rate dropping by more than 45 percent from the highs set earlier in the year. Panic over the COVID-19 pandemic had erased all of the upward price action gains with BTC currently struggling to maintain a sustained push above the $7,000 mark.

In a report published by Kraken Intelligence — the crypto exchange’s research division, the incoming $70 trillion wealth transfer from baby boomers to millennials in the next two decades could see the Bitcoin price reaching $350,000. The 2045 price target is based on a 5% investment allocation and a 2% inheritance tax levy which could see close to $1 trillion flowing into the Bitcoin market.

In the US alone, $70 trillion will transfer from Boomers to Bitcoin-friendly generations in the coming decades.

In new research, we break down the impact this shift could bring

According to the research report, close to 70% of the $70 trillion wealth transfer is expected to happen within the next decade thus signaling the possibility of healthy Bitcoin price growth between now and 2030. Even at a 1% allocation of the incoming wealth transfer into Bitcoin, the crypto market could receive close to $200 billion in fresh investments.

An excerpt from Kraken’s report reads:

“Notwithstanding the fact that our analysis focuses exclusively on the U.S. market and cannot predict the price of bitcoin at a future date, we can, however, analyse that said allocation of inherited wealth, or marginal demand, to bitcoin relative to bitcoin’s marginal supply come 2044… The implied price of bitcoin ranges between roughly $68,000 and $706,000 when considering this newfound demand as a function of bitcoin’s marginal supply in the next 25 years. Our base-case scenario of 5% peak allocation and a 2% tax points to an implied price just south of $350,000.”

Kraken’s research unit isn’t the first to predict a massive Bitcoin price growth in the coming decades due to generational wealth transfer. Back in 2019, Grayscale CEO Barry Silbert declared that the portion of the $70 trillion held in gold will be transferred by millennials heirs into Bitcoin.

According to Silbert, the changing investment demographic will be net positive for Bitcoin given that millennials on the average hold a positive disposition towards the emerging digital economy — a belief also shared by the Kraken research team, and backed by numerous studies. 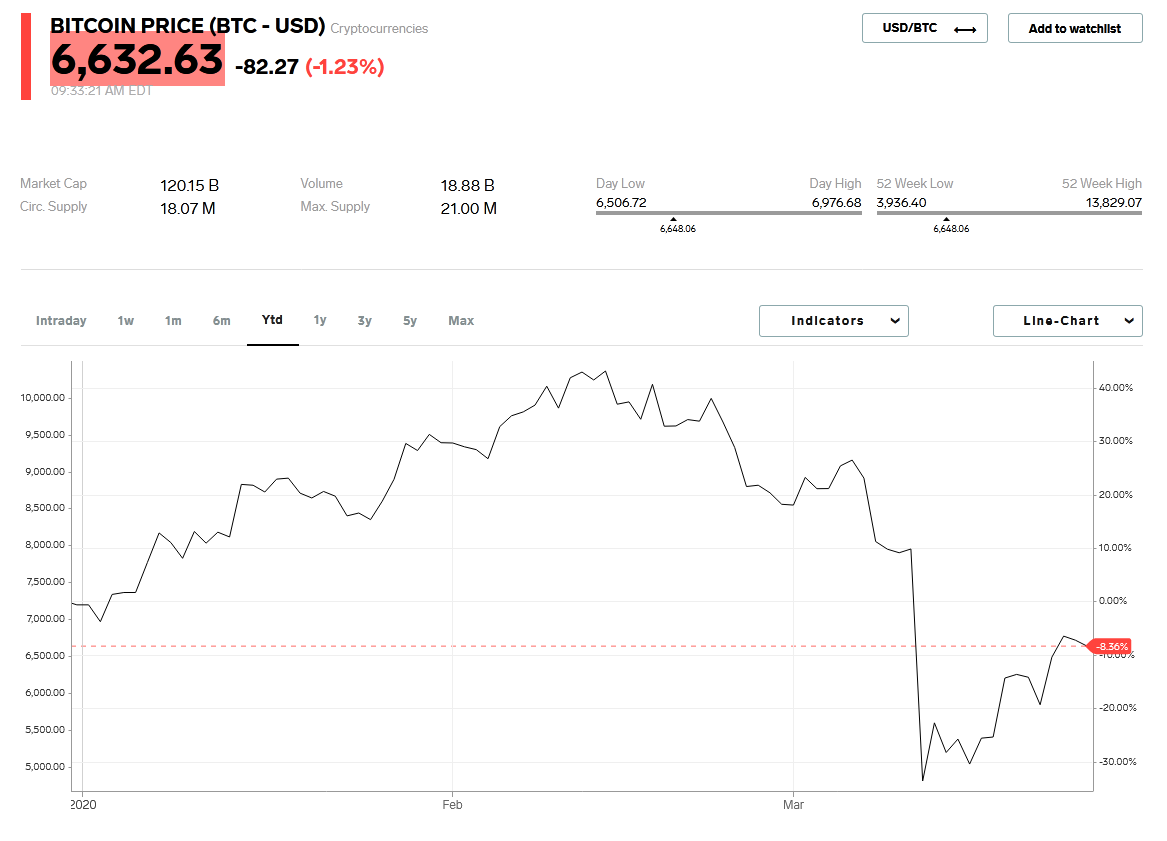 While Bitcoin might be poised for massive gains over the next two decades, the top-ranked cryptocurrency is currently struggling to stay above the $7,000 price mark. Since falling to $3,800 back in mid-March, the top-ranked crypto has been unable to reach its 2020 starting price of $7,100.

Thus, BTC is currently down by close to 10% for the year, despite being up by 45% back in mid-February 2020. However, BTC bulls like Binance CEO Changpeng Zhao say Bitcoin price at $100,000 is “not hard to imagine.”

As for network fundamentals, the Bitcoin mining difficulty has undergone a 15% downward adjustment to account for the shortfall in hash rate. As previously reported by Blockonomi, the Bitcoin hash rate dropped by more than 40% from its 2020 high.

Previous downward difficulty adjustments have preceded the formation of local bottoms with the last being in mid-December 2018 at the height of the mining death spiral. BTC bulls will be hoping that history repeats itself with the downward difficulty adjustment setting the stage for a significant Bitcoin price rally especially with the block reward halving event less than two months away.

The post Bitcoin Price Will Hit $350,000 in the Next 25 Years, Says Kraken Research appeared first on Blockonomi.

Crypto Titanic: Altcoin Investors Must Prepare to Sink With The Ship